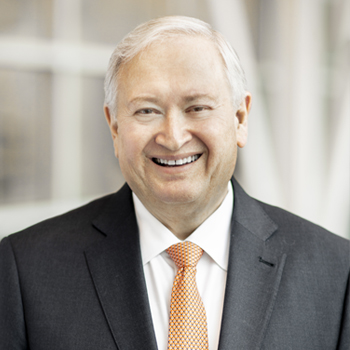 Richard Rife, aka “Papa Rich,” is a founder of GoodGrandma. Richard has six children and 14 grandchildren, along with six step-grandchildren. He founded GoodGrandma, along with his wife, Colleen Rife, aka “Grandma Colleen.” Richard loves being a grandpa and believes that grandparents, acting appropriately in their role, can have a profound influence for good in the lives of their grandchildren.

Richard’s career has been as a corporate lawyer. After graduating from law school in 1980, Richard clerked for the Nevada Supreme Court, practiced with a litigation firm, and then acted as a foreign legal consultant for the largest law firm in South Korea. He has been general counsel for several large companies over the years and is active today as a Chief Legal Officer and member of the Office of the President for a large company. He also served for a period of time as chief privacy officer for a worldwide organization.

During his career, Richard spent a decade in South Korea, and he speaks Korean fluently (at least he did when he had the chance to speak it).

In his spare time, Richard serves as a volunteer Board member (and corporate secretary) of a highly respected local charity that provides autism, respite, early intervention, and early head start services to children and families in Utah County. He also enjoys golf, but is not nearly as good as he used to be. Richard was a great baseball player when he was a young man; he is a legend in his own mind, and his legendary baseball exploits seem to get better and better, the older he gets.

You have Successfully Subscribed!